by Wendy Weitman, Department of Prints and Illustrated Books
The Museum of Modern Art, NY

Brooke Alexander began publishing prints and multiples in the fall of 1968. The range of artists that he initially chose - from painterly realists such as Jack Beal and Fairfield Porter to hardedge abstractions such as Joseph Albers - was an early clue to the versatility and scope that have characterized his productive career. Consistently working with both established and emerging artists, he has published over 1,500 editions with more than 75 painters and sculptors. Surveying his publications thus offers a particularly dynamic view of American printmaking of the last quarter century. 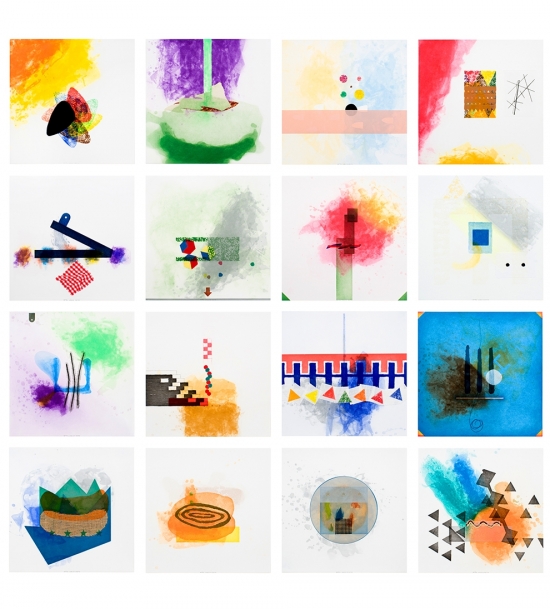 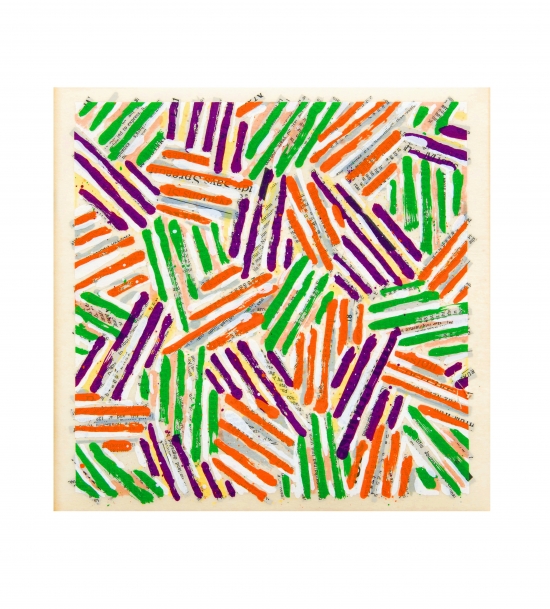 In 1961, after graduating in classics from Yale University, Alexander retuned to his native Los Angeles and involved himself in the city's burgeoning art world, meeting artists Joe Goode, Ed Moses, Bob Irwin and Ed Ruscha, among others. In 1965 he accepted a job at Marlborough Gallery and moved to New York. He was given responsibility for the gallery's print inventory, both modern master and contemporary, and gained his first real exposure to prints. He later managed the New York office to the London-based Editions Alecto where he coordinated his first publishing project, Larry Zox's series of six screenprints, Diamond Girls. By the late 1960's American print publishing was thriving, but Editions Alecto was reducing its scope and Alexander decided to begin publishing on his own.

In November of 1968 he and his wife, Carolyn, opened Brooke Alexander, Inc, in a storefront on East 68th Street. They began publishing slowly. One of their first projects, Richard Artschwager's set of multiples, Locations, 1969, evidences Alexander's venturesome eye and collaborative approach to publishing. Struck by an exhibition of the artist's formica, furniture-like sculpture at Leo Castelli Gallery, Alexander determined to invite Artschwager to make a multiple edition of his objects. The innovative six-part piece contains the artist's signature form, rounded rectangles that he called "blps" made of horsehair, Plexiglas, wood and pieces of mirror that can be installed in any configuration in any space. Locations was Artschwager's first multiple and signaled the beginning of a fascinating body of projects by the artist and publisher. Three years later Alexander published one of Artschwager's more haunting prints, the screenprint Interiors. Its shadowy, gray printing of a repeated room contributes a murky, almost sinister, sense to the elegant surroundings.

The Alexanders moved the gallery twice in the next few years and by 1972 had their first proper exhibition space, at 26 East 78th Street. One of the early exhibitions there was of their publications entitled "Hand Colored Prints," 1973, in which 26 artists created editions, for the most part, black and white prints to which they added watercolor, ink or crayon. Alexander described the contemporary print world at the time as having reached a "static point". In the hopes of jumpstarting the field again, he decided to look back to a different tradition, one that included Ensor, Gauguin and Degas. Inviting a wide range of artists to participate guaranteed a variety of responses, from the humorous watercolor figures outlines in etching of Red Groom's 45 Characters to the punched holes and minimal pencil line of Richard Tuttle's In Praise of Economic Determinism. Alexander's early and abiding interest in painterly realism has consistently inspired his publishing. After seeing the exhibition "Aspects of a New Realism" at the Milwaukee Art Center in 1969 he decided to publish a portfolio representing this aesthetic idea. Six New York Artists, published in 1969, included Jack Beal, John Clem Clarke, Alex Katz, Malcolm Morley, Philip Pearlstein and Bob Stanley. Alexander continued to work with several of these artists after this early venture. The portfolio began a long and fertile relationship with Alex Katz which whom he collaborated to create over 40 editions, most notably the illustrated book Face of the Poet, containing 14 color aquatints and published in 1978. The book evolved after Alexander saw a series of cut-outs of several poets in Katz's studio. Katz was very involved with the St. Mark's Poetry Project and knew these poets personally. Alexander immediately recognized the potential for a book with poems accompanying the portraits. In the resulting aquatints, Katz's austere heads float on the large white page, his stylized forms bringing an abstract quality to the heightened realism. 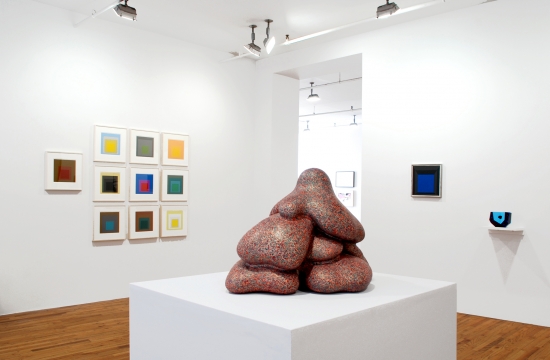 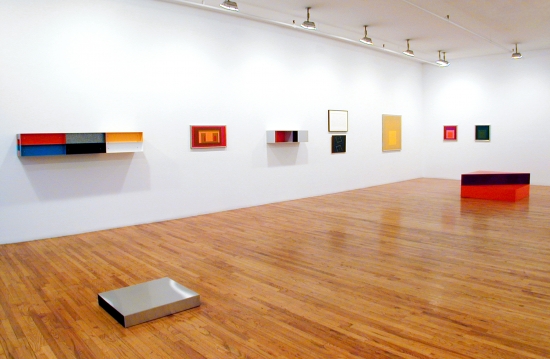 Another artist whose work concerned issues of abstraction within a realist style is Jennifer Bartlett. Her monumental, five-part print Graceland Mansion, 1979, incorporates drypoint, aquatint, screenprint, woodcut and lithography, each with its own idiosyncratic markings, not unlike her panel paintings at the time that also combined disparate styles. Bartlett was particularly ambitious to employ five different printmaking techniques in this project as she has worked only in drypoint up to this point. Each medium represents a different time of day: the delicate marks of drypoint depicting dawn, the bright dabs throughout the silkscreen panel for high noon, and the trio of darker brushstrokes in the lithograph for dusk. For Alexander this project demanded careful coordination between a variety of printers. Bartlett worked on all five images simultaneously; meetings were held with all the printers to establish ink colors and paper type so as to insure a measure of uniformity between the panels. Bartlett understood the subtleties of each medium and Graceland Mansion, in all its complexity, marked the first of many, large-scale, multi-panel prints.

The early 1980's witness a return to an expressive figurative style after a decade when conceptual and minimal trends had been prominent. Alexander had been publishing work by conceptual artists such as Richard Tuttle, Sylvia Plimack Mangold, Ed Ruscha and Allen Ruppersbergthroughout the 1970's. In the early 1980's however, his publishing slowed somewhat as he began to focus on the painting of the new generation of emerging figurative artists. The gallery, located on 57th Street since 1975, regularly exhibited both paintings and prints during these years. Among the younger artists whose work he did publish in depth at this time are Richard Bosman and Robert Longo.

Alexander has always been fascinated with printmaking's inherent potential for works in series. " Prints created in series can reveal the core of an artist's concerns and intentions…You can be very ambitious in projects of that sort and show something that cannot be shown in any other way." The project that most successfully exploited the potency and flexibility of the print series are Donald Judd's three untitled woodcut portfolios of 1988. Judd, a passionate print collector himself, first met Alexander in the late 1970's while looking for a print by Barnett Newman. He had made prints intermittently since the 1960's but nothing as ambitious as these three sets. He began with 18 schematic drawings, nine pairs exploring the negative and positive space of rectangles with horizontal or vertical lines bisecting or trisecting them. The set became increasingly complex, and ultimately, ten prints in which the idea carried through most clearly where chosen. Interested in the spectrum of choices the printing process provides, Judd chose to print these ten woodcuts in black, red and blue editions. In 1990 he added further complexities to his system, layering additional bold colors in stencil onto his woodcut compositions in an untitled series of ten prints.

Many of Alexander's recent publications are within the conceptual framework of those he published in the 1970's. Several prints by Bruce Nauman, Richard Long, Lawrence Weiner and John Baldessari examine the dialogue between image and language, one of the central themes of conceptual art. Alexander also co-published the first print by Lorna Simpson, one of the younger generation of conceptual artists. Her Counting, 1991, is composed of three vertically stacked images adjacent to statistics that poignantly allude to socio-political issues of identity, race and feminism. 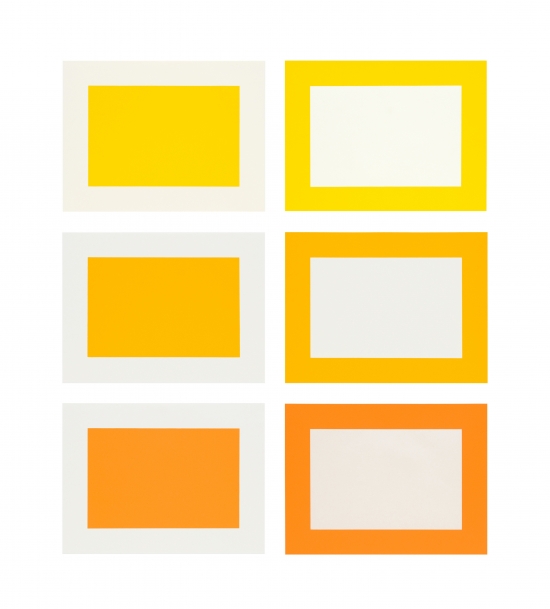 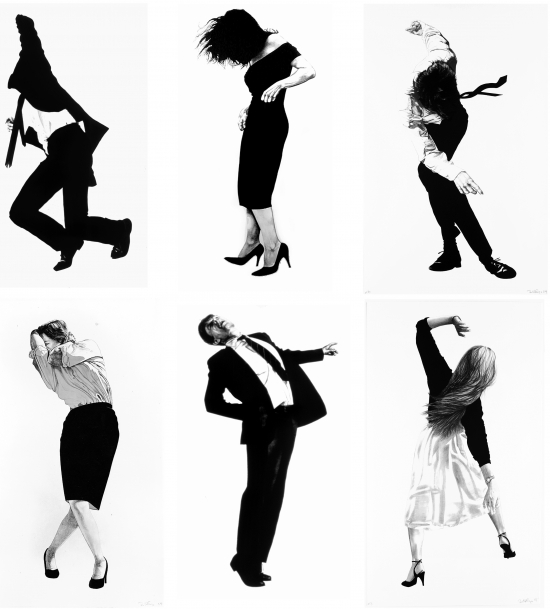 As a publisher without a workshop, Alexander has had the freedom to work with a wide range of printers and maintain a fresh and varied approach to his projects. (In the early 1980's he thought of opening a workshop and bought a large flatbed offset press, even editioning a few large prints on it before deciding that it was more of a burden than an asset.) He moved the gallery to Soho in 1985, and opened a separate space devoted entirely to prints in 1989. This new space has been used to mount several in-depth exhibitions, which have included rarely shown proofs and working materials, providing the rare opportunity to observe an artist's method in developing a print.

In addition, he has produced numerous catalogues on contemporary prints, including the catalogue raisonne of Artschwager's multiples and several with original prints or covers by Red Grooms, Jasper Johns and Robert Motherwell. For 25 years Brooke Alexander Editions has published work of a singular quality and merit as well as contributed to the understanding of contemporary art through its discerning exhibitions and catalogues. Its sustained support for the field of printed art continues to be a significant asset to contemporary art today.

Today Brooke Alexander Editions is located at 59 Wooster Street in Soho where historically significant exhibitions such as Jasper Johns and Barnett Newman and Dan Flavin/ Donald Judd: Sculpture and Works on Paper, have been a part of its regular program. He continues to publish prints and multiples with today's leading contemporary artists such as Richard Tuttle, Matt Mullican, John Baldessari, Raymond Pettibon and Franz West.

(All quoted material appearing in this text is taken from an interview with Brooke Alexander,
conducted by the author on November 5, 1993)